Herbaceous perennials are plants with soft green stems that usually die in the winter, while their roots thrive underground allowing regrowth in the spring. Most perennials are herbaceous. They are a great foundation for your garden, bringing many showy blooms and good ground cover.

What is a Perennial?

Perennials are ornamental plants that stick around from year to year. Do not confuse this longevity, however, with an infinite life span. They do not stay at their peak forever. Observe your herbaceous perennials, and replace them when needed. Most last about two to three years, and some longer if they are natural to your environment.

Low Maintenance Herbaceous Perennial or Not?

Do not take it for granted that a seemingly low maintenance herbaceous perennial will need little care in all situations. You will need to check your environment against your choice of perennial. Consult with your local nursery or your experienced neighbors if you are a beginner. For example, if your desired perennial is prone to pests and diseases affecting your region, you will need to take time and spray often. If it grows faster than you have time to divide, it will again take more of your time. You also need to be mindful of the climate. Many herbaceous perennials are treated as annuals due to climatic conditions.

Here is a quick rundown of the herbaceous perennials which we’ve found are the easiest to grow and thus good choices for any gardener who’s only developing their green thumb.

This is an aromatic herbaceous perennial that is hardy up to Zone 4. Anise hyssop is of the genus Agastache, Even though it prefers full sun, it can also put up with partial shade. It requires well-drained soil that is moist, not wet. The leaves and florets of anise hyssop can be utilized for garnishes and salads. It has also been reported as a remedy for respiratory ailments such as coughs and colds. When dried, anise hyssop flower spears can be used for flower arrangements.

This herbaceous perennial (Lewisia Rediviva), which is also Montana’s state flower, is slow growing and long lived. It is hardy to Zone 4. Bitterroot grows in small clumps with delicate white, violet, and pink blooms resembling small water lilies. The blooms close at night and opens in the morning. It is good in rock gardens, as borders, and can also be planted in containers. It does not like to be crowded. All summer long, keep the soil on the side of dry. Bitterroot has fleshy edible roots. When storing the roots of this herbaceous perennial, make certain that you mix them with dried saskatoons or dried gooseberries to prevent them from becoming too bitter.

This short-lived herbaceous perennial is an aster plant of the daisy family. It is protected by law in Switzerland, and can be found abundantly in the high mountains of Europe, Asia, as well as South America. Edelweiss has silvery foliage, with flowers that resemble the paws of a large cat. It works well as a potted plant and as added attraction in rock gardens. It requires full sun and well-drained soil. It is hardy to Zone 3. This herbaceous perennial has been reported in folk medicine as an aid to stomach and respiratory ailments.

This is an herbaceous perennial from the Linaceae family that is hardy from Zones 5 to 8, tolerating wind, humidity, and heat. It blooms twice a year with blue and white flowers that last up to about six weeks. It is perfect as borders and in rock gardens. Perennial flax needs to be pruned right after flowering to avoid sparseness. Due to its meager root system, it is advisable to plant this herbaceous perennial in groups. Do not divide perennial flax; stem cutting is best. Although it is short-lived, it is self-sowing. Keep the soil well drained. 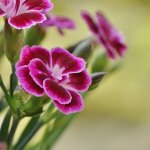 From the genus Dianthus, this herbaceous perennial has small to medium clumps of gray/green foliage with fragrant pink blooms. It attracts butterflies, birds, and bees, and makes good borders and beds. This herbaceous perennial requires full sun to partial shade, and is hardy to Zone 4. It grows well in containers. Water regularly but do not overdo it. If propagating from seed, wait until the pods are dry before opening them to collect the seeds. Be aware that these seeds are toxic if ingested. Do stem cutting to encourage more blooms. 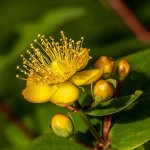 Also known as goat weed, it is an upright herbaceous perennial that is hardy to Zone 4. It has nice yellow blooms with fruit that changes color from yellow to red to dark purple. It grows as a bush and can be used as beds or by itself. Its day should be divided in half with full sun and then shade. Due to difficulty in germination, you may consider just buying seeds from your nursery. Otherwise, you will need to pre-chill your own seeds prior to planting, or sow this herbaceous perennial in autumn.

Sedum, of the Crassulaceae family, is one of the easiest herbaceous perennials to grow. It boasts of long-lasting colorful blooms, and is quite attractive to butterflies and bees. Although it requires good drainage, it tolerates even very poor soil. Avoid rich soil if you want your sedum to look its best. It is drought, pest, and disease resistant. You have one problem, however, if you live where the deer are. They love this herbaceous perennial too! There are approximately 400 species of sedum. 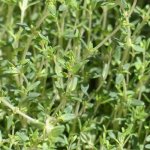 It is a popular USDA Zone 5 – 9 herbaceous perennial, with about 350 species. It is great for culinary usage and for borders and rock gardens. Known for its aromatic leaves, thyme makes good potpourri mixed with lavender and rosemary. It requires full sun and a well-drained bed. To promote growth, prune thyme in the early spring. It requires small amounts of water, so do not over-water it. Do not plant thyme in wet soil to avoid root rot. Thyme attracts bees and butterflies. If you are planning a pollinator garden, consider including this herbaceous perennial in your list of plants. It easily starts from seeds. 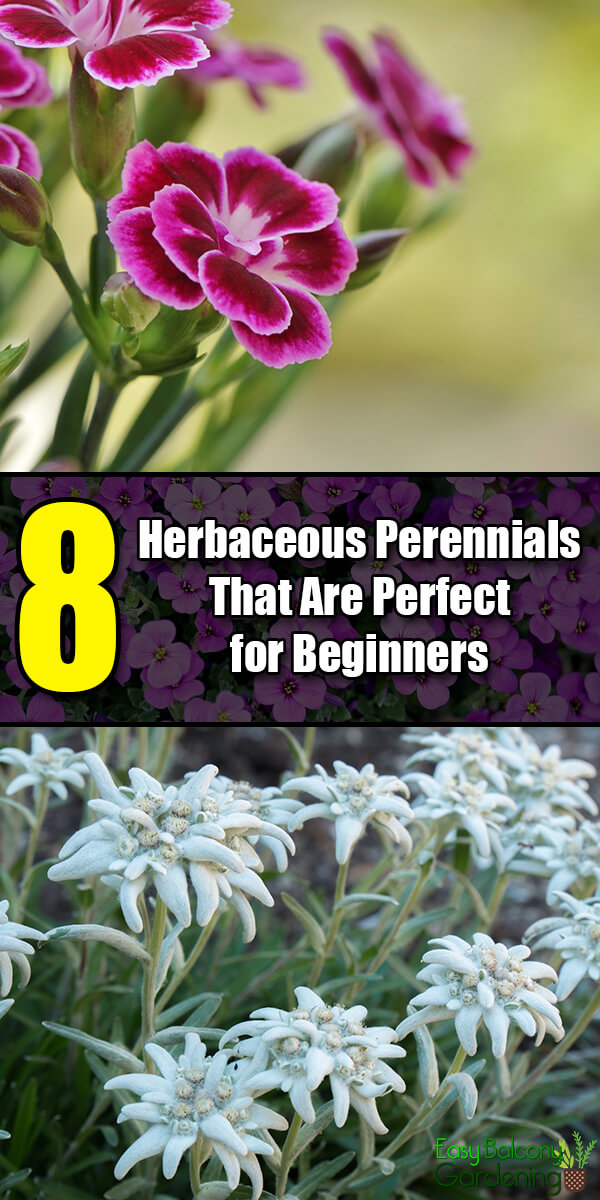