The Kaffir lily or Clivia, with dense bulbous roots, is an evergreen plant that belongs to the Amaryllis family. There are various beautiful Kaffir lily hybrids. With easy care attributes, it is a much sought-after plant. Its colors are mostly red, salmon, or orange. You can grow it year round if you live in zones 9 to 10. Otherwise, you can grow the Kaffir lily as a houseplant, moving it outdoor as your season permits.

The Kaffir lily can be propagated from seed or by division. If the latter, wait until after the plants have bloomed, somewhere in late spring or in early summer. The offset should have at last three or four leaves of its own. Carefully cut the offsets from the mother plant. Include some roots. Plant the offset by itself in the pot. If propagating from seeds, plant in a blend of perlite and moist peat moss. Preserve the moisture by covering the pot with a plastic bag and securely tying with a rubber band. Place in indirect sunlight, where the temperature is 50 and 59°F. If necessary, use a fluorescent light. It will take approximately one to three months to germinate.When purchasing your Kaffir lily, check carefully for spider mites and mealy bugs.

In a low light environment, the Kaffir lily will more likely be foliage instead of blooms. It will not, however, tolerate hot direct sunlight. A container Kaffer lily does not want to be disturbed, so leave it alone until it needs repotting. Each year, add fresh soil as necessary. When it begins to grow up and over the edge of the container, it is time to repot and divide. Choose your container size carefully. The Kaffir lily, as with other container plants, like their roots somewhat constricted. 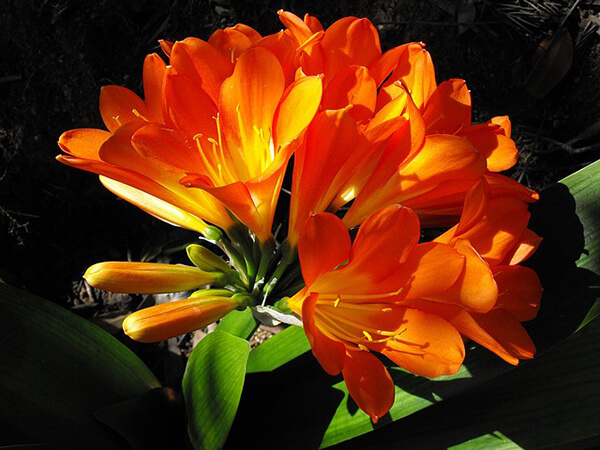 The Kaffir lily blooms in the winter or in early spring. In the fall or early winter, give the plant a “rest” period. Keep the plant in a dry condition for about six to eight weeks, at a temperature between 50 and 59°F. You can move the plant outdoor for about four weeks before the first frost, and then return it indoor. Water the plant only to keep the leaves from wilting. When you observe a flower stem emerging, gradually increase the water. Move the container to a location where you can keep the temperature to at least 50°F at night and 70°F during the day. These changes will encourage the Kaffir lily to shower you with more blooms.

The Kaffir lily can tolerate dim or bright light, and moist or dry soil. However, it will thrive best in organic well-drained soil, at a location where the bright light is diffused, and a temperature of at least 50 at night and 70°F during the day. Plant the bulbs in the fall or spring, just deep enough to almost bury the white part of the stem. Cover the roots with a thin layer of soil. Use a potting mix that is a blend of fibrous loam, well-rotted manure, coarse grit, and leaf mold. In the spring, fertilize with a water-soluble fertilizer every two weeks for the next six weeks. The Kaffir lily’s growth peaks from early spring through the fall. While actively growing, water and fertilize regularly. Afterwards, water sparingly. The soil has to be slightly dry between deep irrigation. The Kaffir lily can grow up to two feet tall.

The entire Kaffir lily plant is toxic, with the rhizomes having the most toxicity. 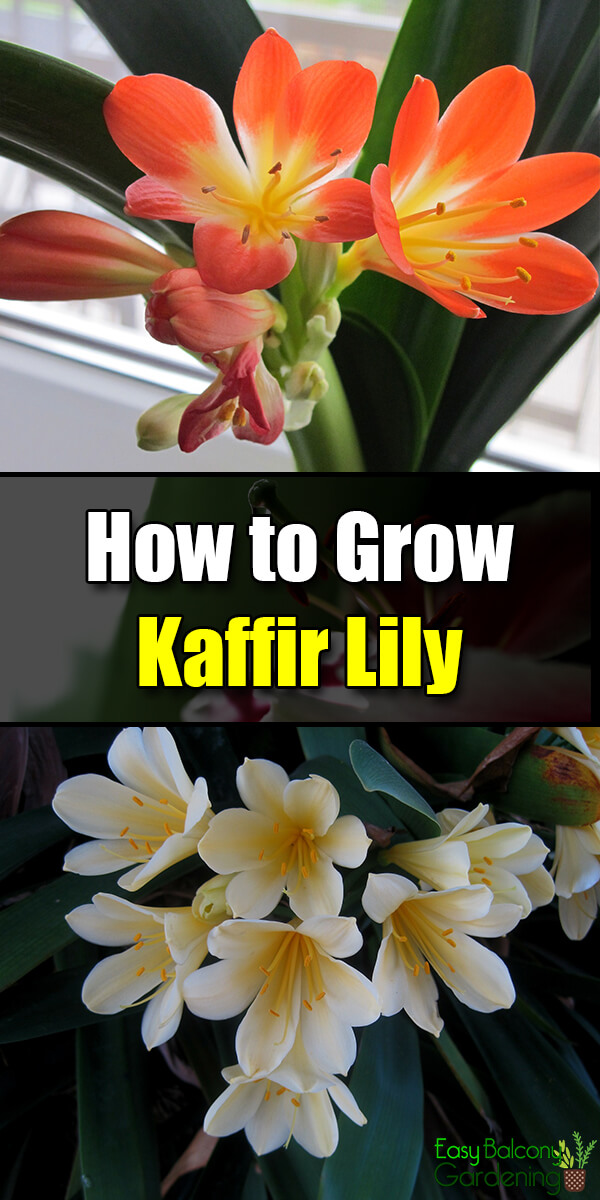