The growth pattern of the Nandina resembles that of the bamboo. Remember, however, that it is not really bamboo. It is an evergreen that can maintain its foliage as long as the temperature does not dip below 10ºF. The frigid cold kills the cones, although they come back in the spring. If your chosen location is subjected to strong winds, you may need a windbreak.

The Nandina can grow (albeit slowly) up to eight feet tall when left alone. If you prefer it in a container, you should keep up with the pruning to maintain a reasonably compact size. The dwarf variety does well in containers. It grows up to two feet. Some people who grow the Nandina in containers bring them indoors in the winter.

An established Nandina is quite hardy. It can tolerate both drought and hard frost. The Nandina is toxic, especially its berries, so keep young children and pets away. The Nandina is used in landscaping not just for beauty but also as repellant to rabbits and deer. The tall variety does very well to give you the privacy you want, especially when planted side by side. The dwarf variety especially grows well in flowerbeds mixed with gardenias, azaleas, and other perennials. The Nandina can be very invasive when planted in Florida and other southern regions. If you live in these areas, your better choice is the dwarf variety.

Colors For All Seasons

The Nandina’s foliage in the spring is bright bronzed red, which then is followed by clusters of creamy white blooms. With the change of the season, the foliage turns to a blue green that becomes light green. The blooms get replaced by clusters of bright green berries. By late summer, the berries turn to bright red. In the fall, the foliage turns to hues of pink and red. The Nandina ends the year with bright red foliage and berries. If you want intense foliage colors, grow the Nandina in full sun but where there is partial shade when the sun peaks. The birds love the berries. If you can keep the birds away, your berries will stay for your pleasure. The Nandina blooms attract bees, robins, mockingbirds, and cedar waxwings.

Planting or Transplanting the Nandina

The time to plant or transplant the Nandina is in the fall, during the cooler months. It likes moist, acidic soil, but can tolerate drought. Soil pH should be between 3.7 and 6.4.

It sometimes takes several years for the Nandina seeds to germinate. However, if you are determined, allow the seedheads to dry on the plants before you collect them. Carefully remove the dry seeds and clean them well before storing. Seeds should be directly sown outdoors in the fall. If you do not care to wait, grow the Nandina from cuttings. Take the cuttings during warmer weather.

Pruning is best done in the spring. Remove the scrawny growths at ground level, the oldest branches, and up to one-third of the cones. The more carefully you prune, the denser the growth for the Nandina. 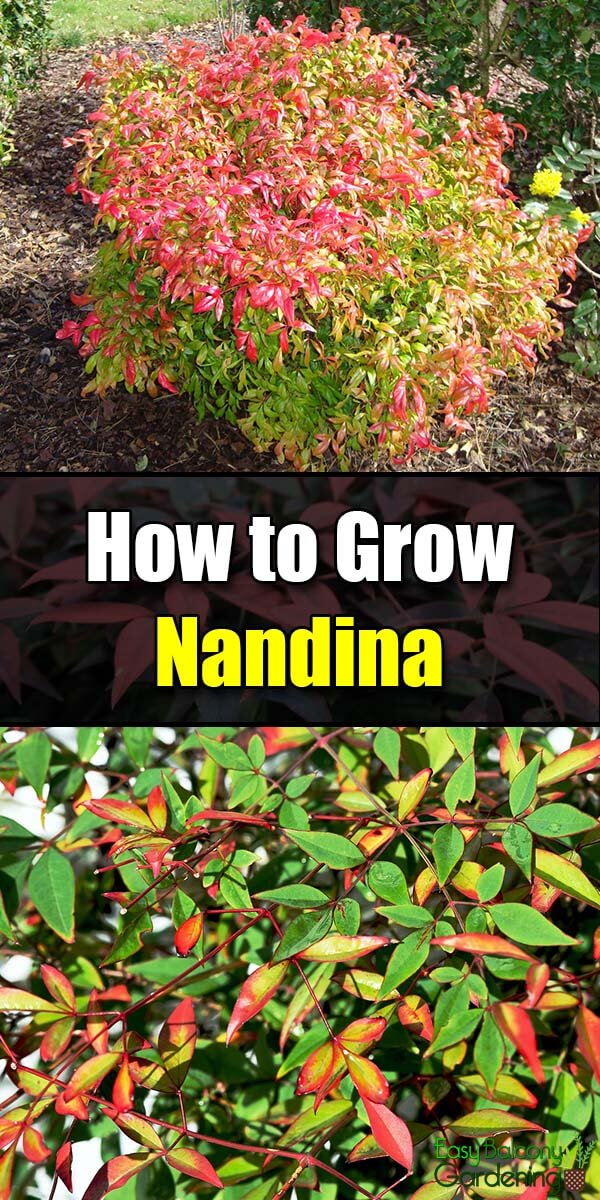