The chayote, or vegetable pear, from the gourd family, (Cucurbitaceae) is a perennial climbing vine that requires four to five months of frost-free days to arrive at the harvest stage. Its nutritional contents include potassium, vitamin C, manganese, calcium, etc. It may grow up to fifty feet. The chayote produces both male and female blossoms, which require bees for pollination. If you do not want to leave it up to the bees, you can plant two vines and let them cross-pollinate. The chayote likes warm weather, but it will grow in zone 8 if you mulch it thickly.

Medicinal Properties of the Chayote

The chayote tea has been reported as containing medicinal properties for ailments such as hypertension, arteriosclerosis, kidney stones, etc. The fruits and leaves are also reported to help as an anti-inflammatory and as a diuretic. 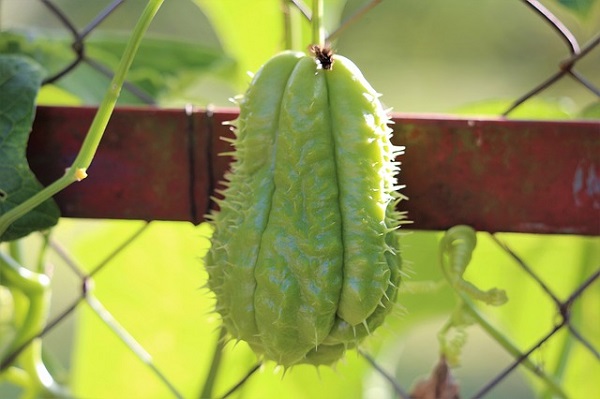 The chayote has a lone seed that germinates inside the fruit. To prepare the chayotes for planting, look for them in marketplaces in the winter. Select only firm fruits without any bruises, and simply place them on your kitchen counter. About four weeks after the last frost in spring when the temperature is at least 65ºF, you can plant the whole fruit in the ground. If there are sprouts at planting time, simply cut back the shoots about one to two inches.

Select a sunny site as the chayote will need 12 hours of sunlight for flowering. Partial shade will do as well, if you do not mind reduced yield and darker green produce. The soil should be well-drained, and enhanced with well-rotted compost prior to planting. Soil pH should be between 6.0-6.8. Plant the chayote at a 45º angle, about four to six inches deep, with the shoot down, and the end of the stem at the same level as the soil surface. Leave about nine to eleven feet space in between plants.  Chayotes like walls for support, but you can also use sturdy stakes. You need to prevent the fruit from touching the soil as it is quite prone to rotting. Also, you do not want the fruit to germinate while still part of the vine.

In localities where the summers are short, plant the chayote in containers. Although this will significantly reduce your yield, you will have the ability to move the plants indoors. Use a container that is approximately two feet deep. Place the trellis or other support in the container at planting time, or you can simply place the pot by a wall. Moisten the potting mix only slightly. Wait until the sprouts have emerged prior to irrigating again. Keep the plant in a warm place.

Do not plant the chayote with snap beans, mint, or celery. However, the chayote grows well with squash, corn, peppers, and pumpkin. 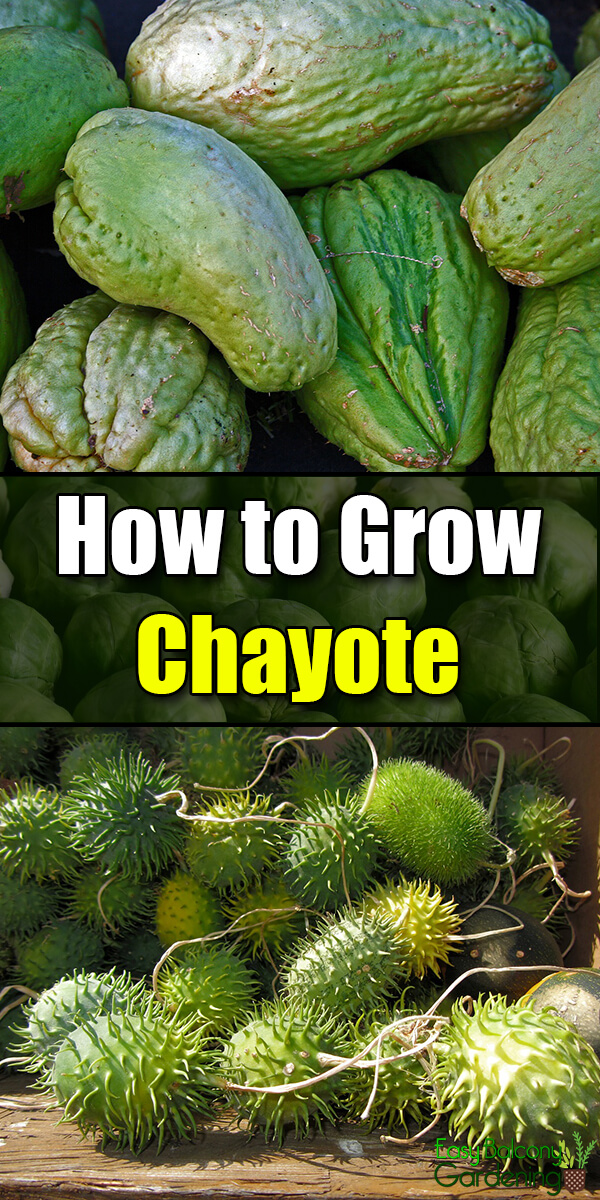 2 comments for “How to Grow Chayote”