When growing radicchio, or Italian chicory, you can either start it indoors for transplanting at a later time or you can sow it directly into a prepared garden bed. Its leaves are reddish or maroon. The radicchio has the open leaf and heading selections, although the latter is the more popular. Radicchio can be eaten raw, baked, or grilled. Harvest it in cool weather before it matures. Learn to distinguish between mature and old radicchio. Old radicchio will have a strong bitter taste. The radicchio plant matures in about three months.

The radicchio likes a sunny location, but with partial shade when the sun is at its peak. Choose a site with rich, well-drained soil. The radicchio will withstand light frosts.

You can grow radicchio from seeds or seedlings. You may need to experiment on when is the best growing period where you live for the particular variety you want. Generally, you can either sow the seeds early in the spring or late August/early September directly into your prepared garden bed, or you can start it indoors about six weeks before transplanting outdoors. Take extra care if you opt for the latter, as radicchio does not transplant well. Mix the soil with compost, and then add fertilizer at planting. Sow the seeds about one-fourth to one-inch deep, and about four inches apart. Cover the seeds with about one-eighth of an inch of compost/soil mix. Mulching around the plants will help keep the moisture in and control the weeds. Keep up with the weeding especially during the early growing period. You will also need to keep the soil moist until germination. Germination is between one to two weeks. For a continuous harvest, cultivate succession crops. 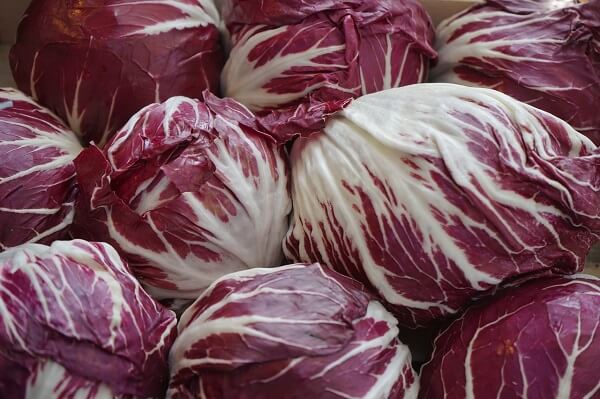 Space the rows about two feet apart. Seedlings should be about 10 inches apart. For seeds, you can either sprinkle the seeds or sow them about four inches apart. Regardless of method, when the plants are about an inch tall, you will need to thin them to about eight to ten inches of space between plants.

Red Treviso, Red Verona, Castelfranco, and Giulio are some of the varieties. They have varying hues of garnet and burgundy. They are either round or shaped like a torpedo, and mature from 80 to 100 days. There are also the Firebird, the Rubicon, and the Melrose. The new hybrids are developed to mature early.

The nonforcing radicchio forms a head under normal circumstances, and also holds on to its quality longer than the forcing type. This nonforcing variety can be sown through the middle of the summer for fall and autumn harvest. The forcing variety only forms a head on its own after a freezing temperature. To force the radicchio to head, you can simply allow the frost to kill the plant’s exterior green leaves. The red head is inside the dead outer leaves. You can also cover the radicchio plants in the ground with straw or other type of mulch. For a second forming of head, try snipping the leaves off to within an inch of the crown about three weeks before you expect the first frost. Dig the roots and place them in a coarse jute bag, or burlap, and store in a place with temperature about 50°F to 55°F.

Problems with insects and diseases when growing radicchio are rare. The bitter taste of the radicchio helps keep the bugs away, and apparently radicchio is just resilient when it comes to diseases.

Growing radicchio is easy, and made even easier if you keep the soil moist. 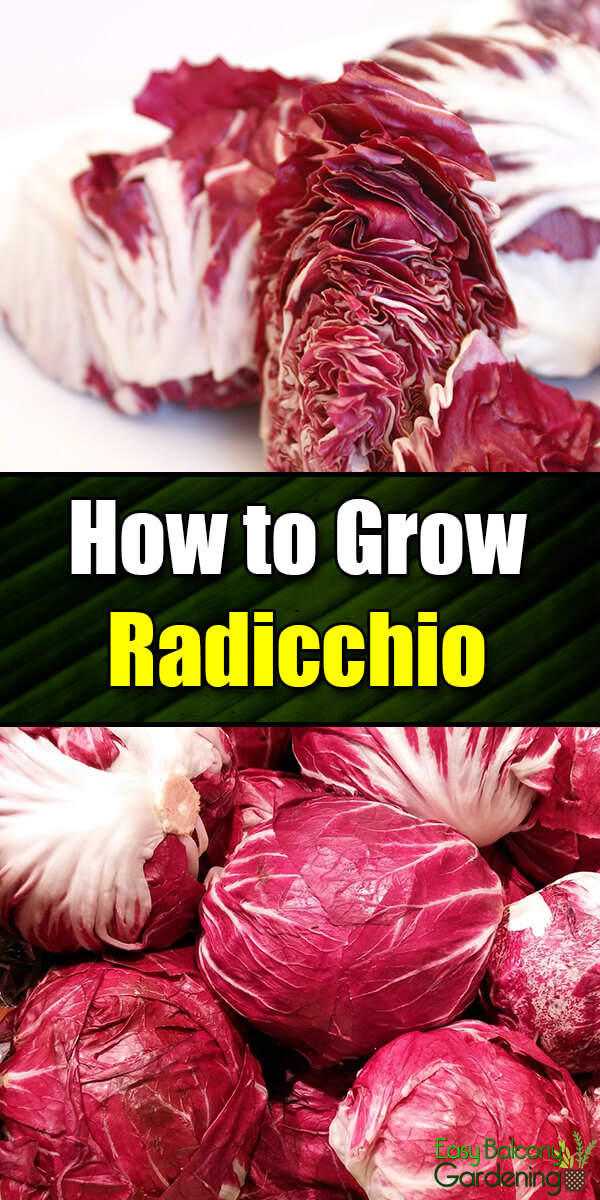